Bryan John
Sheffield
I am an expressionist artist Based in Sheffield. I am originally from London but have been living in Sheffield for 9 years. I only started painting a few years ago - in 2016 - having been inspired by the works of the German expressionist and their use of bold complementary colours. I am particularly interested in painting the built landscape – taking some liberties with colour – to produce bold but harmonious cityscapes. Where possible I look at the relationship between the built landscape and the natural landscape. Since starting painting, my career has moved at a fairly rapid pace. Starting with some small exhibitions in Sheffield and Rotherham, my real break was when I was selected as the featured artist in the October 2017 edition of Now Then magazine. It was a great honour and was followed by a feature in Sheffield’s City Mag in December. ​In 2018 I was featured in the Sheffield Star after I painted the two football grounds in Sheffield - which was followed by an interview on BBC radio Sheffield with Rony Robinson. Last year, my Painting of Sheffield MEP, and former Lord Mayor Magid Magid was added to Museums Sheffield's permanent collection and is due to go on display in the new year. At Art in the Gardens in the summer, my portrait of BBC Radio's Paulette Edwards won 1st prize in the Portrait of distinction competition - chosen by Paulette herself. This year has slowed down for obvious reasons but I still managed to get my work featured in October's Grapevine magazine.
   
Shop Now 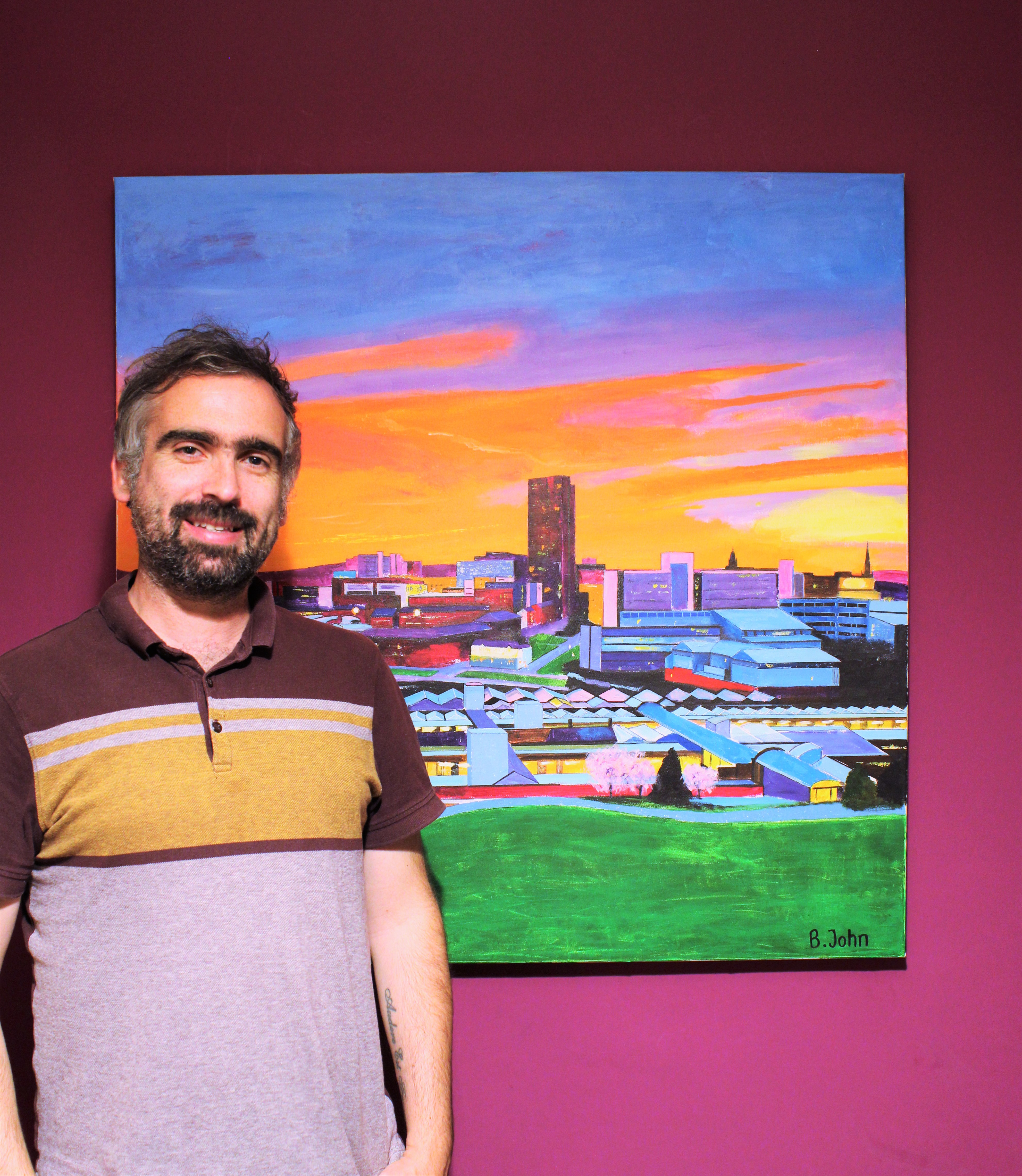 A Walk Through Tudor Square

Park Hill 'I Love you'